You can design the right new behaviours 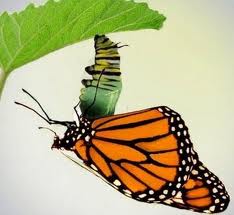 I have been trying to uncover the secret to support people to make the positive behavioural shifts they need to make to achieve the success they desire and deserve. I must admit that I have uncovered some really useful tools, which certainly help in this regard. The challenge though is that, even I fall off the rails all the time.

I have been trying to develop the simple habit of flossing every day. What could be simpler than that, right? It seems like such a simple goal to achieve. Yet history seems to repeat itself and despite the fact that I manage to keep flossing for a few days. I have fallen off the flossing wagon every time and never manage to keep the activity going long enough to create the new daily habit I need.

This was until I stumbled across Professor BJ Fogg’s work a few months ago. He is based at Stanford University, where he has spent the past 10 years studying how human behaviour works. His work has revolved around creating systems, to support people to positively change their behaviour. He calls his work “Behaviour Design”.

Whilst exploring a number of different methods Professor Fogg, found one method, which delivered remarkable results. He referred to this new methodology as “Tiny Habits” He started using the method himself and enjoyed, such remarkable success, that he decided to share it with a few close friends and family members. It was so successful that it just kept growing and growing. To reinforce and completely test his hypothesis, Professor Fogg, eventually launched a weeklong “Tiny Habits” test program online.

To participate in the program, participants were required to stick to the method and then offer constructive feedback around their experience. The results, which flowed from this experiment, have been nothing short of ground-breaking.

Human behaviour is systematic and our actions and our decisions are driven by three factors, motivation, ability and triggers. In order for us to develop a new behaviour, which will eventually become an entrenched habit, we need to ensure that three things are in place. We need some kind of drive or motive to inspire us to take the action; we must have the ability to complete it and a stimulus that will trigger a response in us to remind us to carry out the activity. To better explain the concept, let me use an example.

Example: I believe that the most insidious form of denial anyone can engage in, is the daily habit of pressing the snooze button, to avoid starting their day. Instead of getting their day going, by inspiring immediate action, by waking up energised and ready to go, effectively setting the tone for a productive day, the people who press the snooze button are effectively give themselves permission to procrastinate for the remainder of the day. I think you would agree that pressing the snooze button is a really bad habit, which should be eradicated as soon as possible.

Breaking the habit of pressing the snooze button

Exploring the three factors required to develop a new behaviour namely motivation, ability and triggers. Let us take a look at the example, where you want to change the bad habit of pressing the snooze button and replace it with the positive habit of waking up and starting an empowered day, filled with positive activation energy. Your motive for changing the behaviour can be the fact that you want to immediately set the tone for a productive day as soon as you wake up. Placing the alarm out of reach, so that you cannot press the snooze button, removes the ability for you to actually press it. The incessant bleeping of the alarm is the trigger, which will drive you out of bed, to actually get your day going.

Making this work in your life

The tiny new behaviours do not only eventually cement themselves as new success habits, they also act to give you success momentum. In other words each little success increases your confidence. This means that you will be more likely to build larger and larger habits as the success momentum builds.

The real secret behind this methodology is the tiny steps approach to building new behaviours. The antithesis of this approach is overreaching, over extending and overwhelming yourself, as is the usual approach adopted by everyone, who decides to make a positive change in their life. Unless there are radical changes in your environment or social circle, it is impossible to implement and sustain radical changes or big leaps.

The only way, to effectively introduce positive behavioural changes in people, as shown by this ground breaking work done by Professor Fogg, is to use a gradual approach. Tiny steps performed methodically and patiently, result in sustainable change and the formation of new success habits. Once the process is learned, the size and pace of learning new habits accelerates, exponentially.

Action Idea: Invest the time to discover small new behaviours, which will support your success going forward. Be patient, reward your successes and allow your confidence and success habits to blossom and bloom. As you create each tiny new behaviour, you start to feel empowered, your confidence grows and you gradually and permanently change your behaviour, eventually forming new success habits. Trying to impose radical changes on yourself, will never work. That approach is doomed to failure before you even start.

Get Your Team to Consistently Exceed your Sales Targets

Be Inspired, Daily! Click Here to get Daily Inspirational Quotes sent to your mail box every day!

Andrew Horton is one of the most sought after Motivational Speakers and Motivational Sales Speakers in South Africa. He is a successful entrepreneur, Master Sales Trainer, Global Traveller and Author, who has chosen to focus his energy on inspiring sales and business professionals, supporting them to realize their full potential and become peak performers.

What is the Pineal Gland? The pineal gland is commonly dubbed the “THIRD EYE”, for the following reasons: It is the “BIOLOGICAL CONDUIT” between our physical, organic selves and our transcendent, spiritual...

Can we really transcend consciousness and connect to source?

Understanding the “MIND” As you know we have both, a conscious thinking mind and an autonomous or subconscious (super conscious) mind, over which the majority of people, exert little...